The reason why there is a 'new' movement system is that what the system saw doing and the GUI feedback didn't match up, and I opted to change the way the movement worked instead of the way it is displayed (Mostly to keep the GUI simple). Also it didn't work when the player didn't point at the ground, adding to the confusion. During playtests it seemed that players "kind of but not really" understood what they were doing.

The way the old system worked was that the active character would walk to the point you indicated using the NavMeshAgent. However is was difficult to get the GUI to work, as it would need to indicate the path the character would take. Instead the new system works more like a joystick, or rather, an elastic band: By dragging their finger across the screen the player now pulls the character in that direction.

In the back-end it is still the same NavMeshAgent, but instead of going to the touched position it gets the point on the screen that the player touches and calculates the angle relative to the payer's position on the screen. Then is applies that able from the player's position outwards, where behind the player, relative to the camera, is 0°. This approximates the angle well enough that the player can control the characters movement direction.

By dynamically changing this distance variable I am able to solve both issues.

The next issue, though, is for it to work the character needs to be on screen, and that isn't always the case. I solve this by first checking if the character is on screen; If so, use the new Circle system. If not, use the old system. 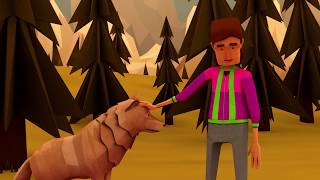 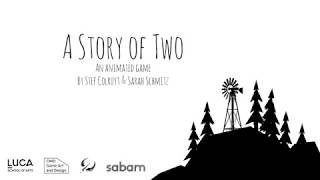 A Story of Two Teaser 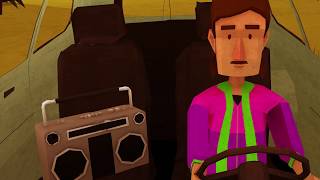 Small changes for the cutscenes 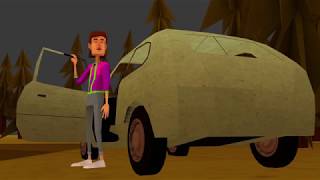 The new and improved Steve cutscene